So last week I posted a wildly popular post about my misadventures in the Netherlands, humorously comparing myself to Rowan Atkinson. I am not worthy!

A mirror for infra-red light. Look carefully and you can see the HeNe laser we were using to set things up.

With all the hilarity over, I did eventually get down to the more serious business of experiments. Today, I’m going to be going through some of the cool stuff which I saw/did at the facility I was visiting. It’s known as FELIX; the Free Eletron Laser for Infrared… eXperiments, located at Radboud University in Nijmegen. But what’s a Free Electron Laser anyway?

Read on to find out!

A Laser is a light emitting device which works using a physical phenomenon known as stimulated emission. You could think of it as one photon encouraging more photons to appear. That brings about the name; Light Emission by Stimulated Emission of Radiaion – LASER. This phenomenon only happens sustainably in certain materials, and each material can only do certain colours of light – a typical red laser is usually made of (synthetic) ruby, or a mixture of Helium and Neon (which gives them the affectionate nickname “he-ne”). So, each laser contains one of these materials as an essential component. Now, I bet you want to know what material makes FELIX work. 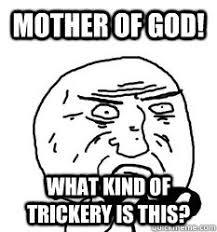 What trickery is this? Well, the words “free electron” in Physics jargon literally means “electron on its own”, i.e. not in a material or attached to anything. So that’s why it’s called a FEL, but what makes it work? Well, there is one other way of creating the kinds of conditions required for lasing, and that is with magnets. Magnets. If you put an electron in a magnetic field, it will start moving in circles; as it does so, it emits light.

This is because light is fundamentally a movement in the electric field, which you are making when you move an electron. This phenomenon has been well known since James Clark Maxwell’s work nearly two centuries ago, but that’s not enough on its own to make a laser.

The trick is to fire a beam of electrons into a series of magnetic fields which point in opposite directions. This makes the electrons jiggle up and down, and for much the same reasons as we discussed above they emit light when they do this. The people who look after FELIX literally describe this as “jiggling the photons out of the electrons”, and it’s not hard to see why (technically that’s not quite right).

The key this is that by controlling how the magnets are positioned, you can control the colour of the light which comes out. FELIX is set up to emit light in the infra-red, which is invisible to humans but useful for probing the physics of impure Silicon. That’s why we find it particularly useful.

I got to go down to the basement at FELIX and see the actual machines which make it all work, including the electron gun which starts the whole process;

The gold thing is the ELECTRON GUN and the blue construction is the first part of a particle accelerator.

Pictured above is the first part of FELIX; the electron gun (I love that word – electron gun) on the right, which is the golden cylinder amongst the wires and metal. It shoots out the electrons which eventually yield light into a series of accelerators; the speed of the electrons is important in making the laser work as required.

From there, the electrons are accelerated until they are going absurdly fast (picture the fastest object you can, and the electrons leave it in the dust) and are sent into the “wiggler”, which is the name for the series of magnets we discussed earlier.

The thick metal bar is the “wiggler” which light comes out of; it’s enclosed so the light doesn’t escape in the wrong direction.

From there, the beam of light which FELIX produces is sent into one of several different labs up at ground level where it’s used for experiments. FELIX tends to run for several hours at a time.

Left, near the wall, is the actual wiggler that we used for our experiment. In the foreground you can see a pipe which is used to direct the electrons into the wiggler.

One of the things I found very surreal about all this is that all this kit – substantially costly and difficult to make, maintain and operate – produces a laser which is so powerful that when you put your hand in the beam it… does nothing at all. It’s about as dangerous as a laser pointer pen. What a disappointment!

But wait, that’s not why FELIX takes so much effort. Everyone knows there’s more to life than power; FELIX makes up for its weakness in the sheer speed at which it does things. When you get pulses out of FELIX, you get pulses at the rate of 25 million pulses per second, or more if you ask nicely. Each of these is composed of around 100 very short “micro-pulses” which last something like a picosecond; 0.000 000 000 001 seconds! This is such high time resolution that you can do experiments on processes which last for extremely short timescales – that is why FELIX is so brilliant.

But still, I did come away with the lasting impression that scientists go to extreme lengths to make something an ordinary person would think is pathetic. More fool them, I suppose; we know better!

The beam comes in from the hole at the bottom left, is directed all over the place and through the pipe in the top right into another tank where the real business happens.

One of the cool things about FELIX is that the light gets piped straight to your lab (rather than having to take your setup there), so you can set up some quite complicated experiments there. Here’s an example of the kind of thing we were dealing with; three “tanks” full of optics – mirrors, lenses, and stuff – to produce the effect we wanted. You can seal the tanks up and flush them with dry Nitrogen to get rid of the water, as well. The tanks have clear plastic lids, but to resist the vacuum they have to be nearly two inches thick!

The same setup with the lid on and sealed – at this point, the pressure inside is roughly one millionth of atmospheric pressure!

There is a lot of impressive equipment used in the labs at FELIX, among them being the detectors which we used to measure our signal. Think about it this way; if you’re expecting your signal to come in bursts a few picoseconds long, and you’re expecting 25 million per second, then you need some serious equipment to be able to measure that. The detectors we used are made of Germanium and Gallium (Ge:Ga) crystals which only work when their temperature is… well, let’s just say that mid-winter in the Antarctic is far too warm.

Actually, let’s not just say that. Let’s talk about cold things; everyone knows liquid Nitrogen is very cold; it’s at 70 Kelvin, which is everyday terms is about -200 degrees C. That’s absurdly cold, so cold in fact that when you drop it on the floor you see the awesome Leidenfrost effect; the liquid dances around in droplets because it’s evaporating so fast it can’t touch the ground. But Ge:Ga crystals need to be at liquid Helium temperatures.

Which is so cold that if you drop it onto a floor cooled to liquid Nitrogen temperatures you still get to see the Leidenfrost effect. If you mix liquids Helium and Nitrogen, the Nitrogen freezes solid.

The gold drum houses the detector; the metal funnel at the top is the super high tech way we get the Nitrogen in.

Above is me filling one of the detectors with Nitrogen – the pipe attached to the side is actually a vacuum pump, which makes sure the insides stay cold in much the same way a thermos flask works.

This is measuring how cold the detector is (not real units). The Internet has taught me that this is the correct value.

One of the other interesting things I picked up was a bunch of tricks relating to how to set up optical experiments like this (my previous experience was woefully inadequate!). One of the best things about optical setup is called “looking for the beam” which basically involves turning all the lights off and waving a piece of card around until you see where all the laser reflections are. This is what the optical setup I showed above looks like in the dark.

I’ve been going on for quite a while now, so I think it’s time to end the post soon.

Overall, I’m really glad that I went over to the Netherlands for this experiment. Despite the horrible shifts and being an incompetent foreigner (and just generally incompetent), I learned a lot and I did some reasonably good work. Next time, I shan’t be as useless. On top of all that, I got loads of cool pictures which I could share with you, dear reader. Hopefully you’ve been impressed or inspired by what I’ve shown you – if so, the entire endeavor was worth it for that alone (even the crappy flights).

I’m going to leave you with a lovely picture I got of the campus one evening while we were eating dinner – a dramatic sunset framing what I was later informed is a magnet so massive they had to put a lake around it.

A physicist, researcher, and gamesman. Likes to think about the mathematics and mechanics behind all sorts of different things, and writing up the thoughts for you to read. A competent programmer, enjoys public speaking and mechanical keyboards. Has opinions which might even change from time to time.
View all posts by stoove →
This entry was posted in General Science, Physics. Bookmark the permalink.